“You Can’t Get In There” 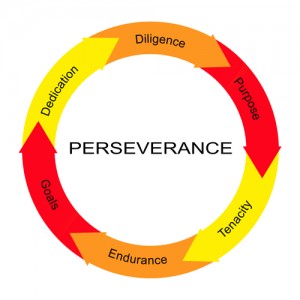 Hey Moms out there.   I know you may have a similar story.

I have to write about it because I want the world to know how proud I am of my son at this moment, on this day, right now.

I used to worry about raising my son in Scottsdale, AZ because it is quite different from the blue collar east coast upbringing I had and the small town (population 1600) Midwest upbringing my husband had.

Most parents have the tendency to want to give their children more than what they had growing up.  It’s sort of a “given” in this town. Yes, I am one of those parents, but not at the expense of the core values I believe in and the things that I needed to learn and experience to prepare myself for life.

I didn’t want the extra things that I can provide financially take the place of work ethic, tenacity, dedication, commitment, hunger, success, failure, drive and ambition.  These are the important things that will shape the real man I want my son to become.  They are the most important things to me.  I knew I would support my son in many ways if I saw signs that those things lived inside him. I figured there was a good chance given the fact he has some of my genes.

And boy, are they in there!

They are showing up in the sport he loves and everything he has achieved and endured learning to play it.  It has been rewarding to watch the transformation, but it hasn’t been without some hard times and disappointments too.

He tried every sport since age 3. I encouraged him in everything, but it wasn’t until the 7th grade that I observed something very different happening.

It was the day he picked up a basketball, in my driveway.

Now at that time, he couldn’t dribble or shoot like he can now, but with a little encouragement from a close friend and the rest of us, he joined the Boys and Girls Club recreational league and he started learning the game. He had great coaches who gave him confidence and that was key because he was brand new to the game.  Then, I watched him grow 11 inches over the next 3 years. Let me tell you that is the best thing that could ever happen to a baller.

Now, he’s 6’ 1”, with a few more inches to go, and he has been playing on his high school team. That was a great accomplishment and a testament to his hard work.  But it’s what he has been through on and off the court that inspires me beyond any words that I could possibly say or write.

Aside from school and hanging with friends, he plays basketball relentlessly.  His has enormous passion for the sport and I believe that it will take him wherever he wants to go. For him, the skill development he needed to acquire had to come on fast and furious. He had to catch up to compete at a higher level and the only way to do that was to have 100% commitment and to train and practice harder than any one else. Period.

I told him if he wanted it that bad, I would find him the right people and support him but he would have to work his butt off.  He had work to do.  I knew I needed to find basketball mentors that could train and guide him in several ways. My friend, an NBA Champion with the 93 Chicago Bulls, Joe Courtney, stepped up and mentally coached him up all summer.  Joe didn’t pick up a basketball until 10th grade and ended up playing with Michael Jordan — A good guy to talk too when you need a pep talk.

Then I found 3 great trainers, all specializing in different areas. Every single one of them love my kid. There’s just something about him. They tell me that teaching a player with that much passion and drive and ambition is rare. Coaches want to find those kids. And all of them spend more time, over and above, training and coaching him.  They come to his games and sit in the stands to see what his competition looks like. They don’t have to do that, but they do. They tell me he has extraordinary potential because of his work ethic.  They want him to succeed and they have so much belief in him. They are invested.

As an observer, the year over year improvement in his skills has been nothing short of remarkable. I told him to keep working hard and one day your basketball skills will do all the talking. Patience. He has done that. He’s persevered and he has earned the respect and admiration of his teammates. Now they are always at my house. They are always together. He has come a long way.

Now the season is coming to an end. He hasn’t seen as much playing time as he would like.  I tell him to stay positive and be patient but I’m not going to lie.  It’s probably one of the most difficult things to watch, as a mom, hoping the coach taps him to get up and get in the game, and it doesn’t happen.  I often think about how he feels. He knows how hard he works. He sits there, a total team player, game ready, anticipating that moment.  He may get to contribute. He may not. He takes it. He deals with it. He processes it and moves on.  He’s proud to be on the squad.  It just makes him want to work harder. After his 2 hour team practices end, he goes to work with his trainers at night. He trains all weekend. He never stops. Basketball never stops.

He has a dream to play college basketball one day.  And, he’s got plenty of time.  I tell him to stick with his plan.

The bigger lesson here is he knows what hard work, commitment, never quitting, never giving up, belief in one self, dedication, tenacity, patience, mental toughness and intestinal fortitude are all about. Not only is he a good basketball player, but I believe he will become an authentic, morally sound leader in whatever he choses to do in this life. He now has invaluable life skills which he learned from playing the sport he loves.  I am so damn proud of him.

If you have a child in the same boat, keep on encouraging them!

“I GET TO, I DON’T HAVE TO”Uncategorized

Time Will Either Promote You Or Expose You.Uncategorized