…what if we made a minor tweak in the language we use and instead said, ‘‘I get to”, before everything we do. I get to play tennis today, I get to go watch football on Sunday, I get to do laundry, I get to cook dinner.  Do you see my point?

We really are on this earth for a short time and shouldn’t we feel lucky and blessed to even be here? I mean, every single one of us is a miracle with a higher purpose, whether or not you have discovered it yet. Many of the things we get to do every day is for basic survival and other things are little luxuries and gifts that we take for granted.

We don’t have to do anything. We get to do everything.

Now, I say “I get to” and it sounds and feels so much better. All I did was change one word! I get to load the dishwasher! #truth.  I’m telling you if you start saying it this way, it won’t feel like such a nuisance.

This may help put my point in perspective. On Christmas Eve, my really close friend drove himself to the hospital after work because he could not breathe. They told him he had pneumonia and admitted him, but I didn’t know it.

About a week later, I texted him to see how the holidays went because he was on my mind. His name is Joe and not only is he my jeweler :), but he’s the only person I trust to take care of my house and my dog when I travel.  He is a close friend, always coming over my house for BBQ’s, dinners, or whatever other social event I create at Casa Weber. He has become an extension of my family.

He called me right after I texted him. It was 9 p.m. at night and he told me he was in the hospital. He proceeded to tell me why he went there on Christmas Eve. Then he said, “it’s really bad Gina; what looked like pneumonia is full blown leukemia.”

Of course, I was stunned, shocked, and immediately saddened. After a long conversation, I told him I’d be there tomorrow and then I went in my office and started researching the type of leukemia he was diagnosed with.

I went to the hospital the next day to see him. My timing was not ideal. I showed up 10 minutes after the doctor who was giving him a second opinion had left. That doctor had just told him (in his opinion) he had 2-6 months to live, maybe a year.  Then I walk in. He looks at me and said “oh no, why did you have to be the one that shows up now?” I couldn’t hug him, so he gave me knuckles and said Gina, WTF! FK!  His mind went straight to the 2 month option.  I tried to be as positive as possible and told him there must be other options, but then the tears started as a few family members and other friends arrived and he shared the news.

I left that evening knowing he needed to sleep and process everything.  I went home and did more research.

The next day, he got his fight on. Hell yeah! He decided to get the hell out of that hospital which was not a place that had the resources to fight the good fight. He also chose a team of doctors and experts who were positive about beating it.  He is now coming home this weekend after enduring 21 days of aggressive chemo and his team has a plan for a bone marrow transplant.  He’s on the right track and I can’t wait to see him out of that hospital room and back home.

It makes you think doesn’t it? Let’s all just change one little word and be grateful we “get to” go grocery shopping and “we get” to clean our houses. 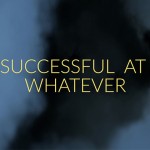 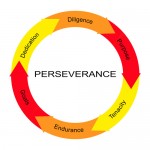 “You Can’t Get In There”Uncategorized