Do you put your core values to practice? 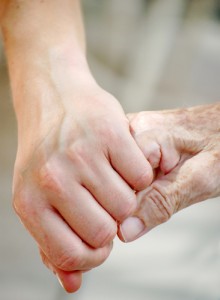 What provokes or prompts you to revisit your values? Do you go over them every a.m. or after church on Sunday? Do you discuss, make them known prior, or feel the need to announce or reinstate them after someone or something goes against your core values and conflict has already risen?

Being Italian and epigenetically warm hearted, I deeply care for my loved ones. Family matters. Helping each other matters. Helping strangers and those in need, matters. If you don’t have the time, make the time. Profit is not king, success is not value, but a result of your core values in practice. You already know that if you are fortunate to be taught by someone, or learned, living your mistakes.

Without being melodramatic, nostalgia engulfs me when I recall the times where life was simpler, when we had the time to talk, instead of texting a numerical values with supposing hidden, emotional meaning. I prefer to be told I am loved instead of getting this “<3”. I had a circle of friends; I honored the Girl’s code. The Sisterhood of the Ya-Ya was the norm and not the exception. “How are you?” was not followed by ”paper or plastic?” and we sought and thrived on human interaction.

The modern day’s digitalized youngsters most probably think “How unsanitary! You actually let people breathe on you? How archaic, lady!”

Yes, I concur. I am now old enough to be wise. You earn wisdom — can’t download that to your cell phone guys. I am reaching out to those of you, the outdated version who still read. Listen, girls. You will need friends. Reinvent your hip “networking mixer” into an old fashioned BFF get together. You don’t have to be “this tall” to invest in lifelong friendships. One thing for sure. When the troubles comes calling, you will need your friends. The real deal.

So today, I will speak of friendship. It begins with a story.

Many years ago I met a woman who stepped into a situation to help raise her grandson in Arizona while her daughter was dealing with some personal issues back in Michigan.  Her grandson became very close friends with my two sons. Over the years, she became the lovely, loving grandmother figure to my kids. She would take them everywhere, plan outings, museum trips, golf lessons, sleepovers, summer trips, you name it, she had a plan for them! She loved them as if they were her own. She became an extension of our family.

The energizer bunny she was, but she started slowing down over the past couple of years due to chronic back pain. She progressed from walking cane to a mobile rolling walker and drove less and less.  By now, my boys, Chasen and Weston are teenagers in high school and Weston, who got his driver’s license, became her personal UBER, while her husband of 33 years was at home all day.

On Friday, November 13th I was invited to mentor at an entrepreneurial event in Denver, Colorado. I left on Thursday and returned on Saturday afternoon.  I was battling viral bronchitis and was on “Oh So Many” medications just to get through the event!  When I landed back in AZ the next day, all I wanted to do was go to bed and stay there!

At 10:30 p.m. my cell phone rang and I saw it was her so I answered.   She was crying. She told me she was alone and that her husband had left her. I wanted to go get her, but she refused.  We agreed I would go to get her first thing tomorrow.

The next morning my son Chasen and I drove to her house.  I told Chasen to go get her while I park. The next thing I get is a text from my 15 year old “Mom, get in here and hurry.”  I jumped out of the car and got inside.

She was laying in the dark, in her bed, in a hospital paper johnny (pants and shirt), crying.  One of her legs had a scab and dried up blood all over and she told us she hadn’t eaten in at least 2 days. She looked fragile and exhausted, like she had been through hell!  She was left in her house alone since the previous Thursday (this is now Sunday) without a car, without money and the food in the refrigerator was at the least, questionable.  She could easily have fallen and no one would have even known.  I was livid! My son and I were in shock and disbelief that someone would be disposed of, like this.

She gave me her daughter’s numbers and I started making calls to Michigan. They were also in shock.  While I was there, one of her older girlfriends showed up.   I asked her to pack her some clothes along with all her medicine, while I tried to convince her to come with me.   It’s not easy to convince a 75 year old Italian woman to do something she doesn’t want to do.  I had to keep reminding her that I was also Italian and I wouldn’t budge, but only when Chasen suggested to throw her over his shoulder and carry her to the car, she finally surrendered and we got her to our home.

With her all settled and fed now, I am majorly pissed off.  I got a hold of her daughters and asked where the hell her husband was.  I learned he moved into his daughter’s (her stepdaughter’s) house in Scottsdale the previous Thursday while I was in Colorado. Just as a point of interest, this daughter happens to be board certified critical care doctor.

Inferring that she could not possibly know the extent of her stepmother’s condition and knew nothing about it, I explained in detail what I have seen and asked her what are they planning to do. Her response was a curt, “My dad is divorcing her.”   I said, “I get that, but are you both going to leave her like that, knowing what I just told you? “After a pause, she said, “Would you like to speak with my father?”  My answer, “Yes” (you a##hole) and he was even worse.  He did not give a sh#t! He told me to put her on a plane to Michigan and he would ship her clothes (nothing else) and he would gladly reimburse me– as if we were discussing the return of damaged goods and I was his freaking Amazon.com!

We were talking about his wife of 33 years who raised their 7 daughters and half of the neighborhood!  Everybody loved her except the very one who had vouched to love her!

That day, we spoke for long hours. She was obviously in denial and had difficulty to process the fact her husband was capable of such despicable indifference. She tried to defend his character even though he was leaving her alone with no money, no car and no support…did I mention that everybody loves her?  This is why. She just couldn’t bring herself to comprehend that people can be this cruel. In her world, everybody is nice and we all love each other.

That night, her biological daughter (who is an attorney) and I, sprung into action and prepared and filed legal action in Michigan to protect her mother. It was a long day and night, but we did it.  The next day I took her to the airport, per her daughter’s request.

There she was, in a wheelchair, clutching few belongings, family pictures…(Family pictures!) confused, scared, in despair and disbelief. I was looking at this kind woman, whose only shortcoming was that she truly believed in the goodness of people. She was trying to face the reality of a nasty divorce at 75 years of age and the collapse of a 33 year marriage. I can see the tremendous sadness descending over her upon the realization that he left her like a piece of trash. I could not even comprehend how she felt. I was both shaken and appalled by his lack of basic consideration for another human being, never mind she is his wife. But I also know nobody is immune to cruelty and betrayal. The only defense against, is true friends.

If you have them.

I would love to hear your true friendships stories. We need to inspire, we need to learn, and we need to remember. Send them to deargina@ginaweber.com and I will publish them.