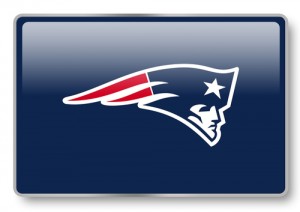 Why are all New England sports fans so fiercely loyal?  If you even think about bad mouthing our teams, players, coaches, management or fans, it may come down to fisticuffs! I’m not kidding.

For all the New England haters who do not understand, here’s the deal.

It starts at birth. If you are born in New England, it’s over. It’s in the DNA. You are automatically initiated into this exclusive club. You leave the hospital in a team beanie and every relative takes a thousand pictures and posts them all over the internet and you are only 2 days old. You are now officially a New England Fan and are expected to live, eat and breathe the Bruins, Celtics, Red Sox or Patriots!

You grow up wearing every possible hat, visor, t-shirt, jersey and jacket, and you own every folding chair, cooler, koozie cup, backpack, grill, and tent with our team logos on it, and you showcase all the team decals on all your cars, boats, motorcycles, golf carts and anything else that the public will see. You are a proud and loyal fan and you want everyone to know it.

Your parents start planning your first trip to Fenway or the Boston Garden (can’t even call it the Wells Fargo Center, because it’s the Garden) or Foxboro Stadium (ok, Gillette Stadium). You anticipate opening day and the start of the season. It’s a big deal. You grow up learning every player on every team and you revolve your entire social life around watching or attending games. Here’s a few of my own memories and I’m sure there are more but my memory isn’t as good as it once was.

I remember as a kid watching the Boston Bruins. When they won the Stanley Cup in 1970 after 29 years with Bobby Orr’s game winning goal my entire family was going crazy screaming like raving lunatics in the family room! And more specifically I recall how we use to watch the games on Channel 38, a UHF Channel with really bad reception. We had aluminum foil wrapped around the antenna to improved reception and we moved it around constantly to get a better signal! Ah, the good ol’ days.

I still get chills watching that moment on youtube.

Later in my sports marketing career, I had the honor to meet the great Bobby Orr at the Garden with Harry Sinden when I was working with the Bruins. I brought an 8 x 10 photo of his gaming winning goal with him suspended in mid-air and he autographed it for my Dad.

And we were patient and loyal Bruins fans. After a 39 year drought, the Bruins win the Cup again in 2011.

I remember waitressing in 1986 at the Crossroad Pub in Warren, RI. People were in the dining room (why they were even there and not home watching the game still disturbs me) and I was in the kitchen ignoring them and watching the final minutes of Game 6 of the World Series on a tiny little white television. I was stunned and in disbelief after we lost to the Mets, just 1 out away, with a 5-4 lead in the 10th inning. Poor Bill Buckner. I definitely went to the bar that night and I bet he did too.

In 1991, I flew out of Hanscom Air Force Base in Bedford, MA with the Boston Celtics on their team jet. I was a sports marketing executive on the plane and the only other females were two flight attendants. Story of my life.  Everyone else was a player or coach or trainer or executive. I got to sit next to Dennis Johnson on the outbound flight and Rick Fox on the team bus. Fox was a rookie and so cool and I distinctly remember the remarkable color of his eyes. I will detail the rest of this amazing day in my book. It was a once in a lifetime experience and one that I will never forget. I will be a Celtics fan for life.

October 2004. Every fan will tell you where they were when the Red Sox executed the 4-game, 4-straight win comeback after a 3-0 deficit to the NY Yankees to win the ALCS! OMG. It was EPIC!!!

Then, the Red Sox go on to win the 2004 World Series for first time in 86 years. I think the world stopped. Generations were finally rewarded for the endless disappointments they endured as a Boston Red Sox fan. My Dad taped the victory parade in Boston and cried watching the celebration after we finally broke the curse of the Bambino. That’s how emotional we are in New England.

And then we prevailed in 2007 versus the Rockies when Papelbon closed out the sweep to win again! And then again in 2013. What a run over the last 9 years for the Sox! Redemption!

Now on to the Patriots.

Where do I even begin? We are the most dominant combination of human weapons to ever grace the football field under the brains of Coach Belichick.  I hear the haters getting restless as I write this. Don’t care. I don’t need you to agree with me.

My Pats have been through the 4 Stages of Success with the NFL and the media.

And if you are personally stuck at #3, you will soon be at #4. You cannot deny it. The New England Patriots will be in their 10th AFC Championship game with Belichick and Brady. We are marching toward a 5th Super Bowl Championship.

We just have to get by another epic match up with the Denver Broncos and watch one more Brady-Manning showdown. I can’t wait.

My dog Diva, who is a 3 lb. yorkie, has been sporting her Pats jersey all week. I will be dressed in my Patriots attire (because that’s what we do) and hosting my AFC Championship Party at 1 p.m. AZ time. It doesn’t matter that I live in AZ. It wouldn’t matter if I were on the moon. Patriots fans are loyal wherever they are.

By the way, it’s not like we have always been on the winning end of things. Granted we have been on quite a run recently. We earned our bragging rights. So for those of you who don’t understand us and are annoyed by us, we were born this way. Now you know.