Are you a Team Player?

Extraordinary performers who hog the limelight are likely to inspire jealousy and contention instead of admiration. The truly great superstars are those who are willing to share the glory with their teammates.

Henry Aaron, major-league baseball’s all-time home-run leader, was an accomplished team player. He once said that if he came to bat in the ninth inning and his team had an eight-run lead, he’d go for the home run. If he came to bat with the bases empty, two outs, and his team in desperate need of a score, he would also aim for the fences. But with the crucial run in scoring position and one man out, he would go for percentages, knowing that he was far more likely to score the runner with a controlled swing that resulted in a ground-ball single than with a powerful swing that could end in a strike-out or a pop fly.

Michael Jordan, the great National Basketball Association superstar, showed his team spirit in the 1992 NBA playoffs when, after a stunning individual performance in which his team lost, he began feeding the ball to his teammates. Jordan’s personal score fell considerably, but his team won.

This principle applies in your work as well. When the people in any organization compete with one another for glory, only the competition wins. When they cooperate internally, they become more competitive externally — and the entire organization wins.

Become less of a Tiger and more of a PantherUncategorized 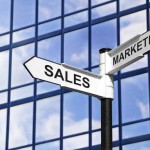 Tip: Understand the difference between sales and marketing and use them both!Uncategorized