The Single Most Sabotaging Force of Team Performance

When a duck falls out of formation, it suddenly feels the drag and resistance of trying to fly alone. Left out of formation for too long it will eventually tire out and drop out completely.

We see this happen on sports teams when one player tries to showboat and carry the  game. Eventually the headwind of trying to fly alone will wear him down and the opposition will prevail.

The Dallas Mavericks faced the Miami Heat for the 2011 NBA Championship. The Heat demonstrated a prime example of this sabotaging force. Many argued that never had more individual talent been assembled (and paid for) on a single team in the history of the NBA as was on the 2011 Miami Heat. They had the “three kings,” or whatever they called themselves (that had to be a clue).

Meanwhile the Dallas Mavericks, while they obviously had good players, didn’t have nearly the individual superstar/celebrity talent the Heat had. The championship should have been a blowout. And it was. Teamwork blew out talent 4 games to 2.

While the Miami Heat had more ‘eagles,’ let’s say, the Dallas Mavericks played as a unified flock, or team, and beat the Heat decisively. That is the power of teamwork and that is the detriment individual egos can be, sabotaging the greatness of a team.

The important team lesson here: No one member of your team can or should be taking the headwind all the time. Just like a duck, he or she has to have the humility and the ego strength to rotate to the back of the formation so another duck can take the lead position to keep the flock moving at top speed. Think about it. How often, as leaders, do we not recognize how many other leaders we have behind us? Others who want to also be leaders and share in our burdens? Leaders that, if given the opportunity, may be able to take your group to a higher level not yet obtained?

Sometimes, true leadership is to know when to step aside to let someone else lead for awhile. Then, stand by that new leader and offer support and encouragement.

And therein lies another lesson from the duck. When in formation, the ducks quack from behind to encourage those up front.  How often do we encourage those who are leading us? We need to make sure that our “quacking” from behind is encouraging—not something less helpful or damaging. How about this one: Did you know that when a duck gets sick or wounded, two ducks will drop out of formation and follow it down to help protect it? They stay with the wounded duck until it is either able to fly again or dies. Then, they launch out to join another formation or work together to catch up with the flock. Beautiful isn’t it?

Are we standing by the people around us when they are in need? Or do we turn a blind eye and say, “Oh that sucks for you, duck”? Being part of a team is being there in the good times and the bad.

Takeaway action items:  Are you hogging the leadership ball? Think of several people and several ways you can have others take the lead. Then be sure you are there to quack encouragement all along the way. 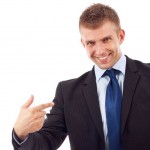 Do you love being the center of attention?Uncategorized

Some people would rather be called stupid than lazy………….Uncategorized